1 Comment
By yearoffunsarah Around the House/DIY, Fun for Couples, Rheumatoid Arthritis

As I mentioned earlier, today did not begin well. The hubs and I were meant to go to Washington, DC to ring in the New Year with friends. When I woke up this morning, I was so nauseous, sore and tired that I could not move without feeling like I was going to be ill. I was barely able to get out of bed let alone go to the airport and get on a plane. So the hubs made all the calls to get us out of our trip.

I wrote a couple of days ago that I’ve been going too much, and I think this was still the issue today. With a disease like RA, fatigue can be just as much of an obstacle as joint pain or the threat of infection. I’m finally at a place where medication really seems to be working and I do my best to protect against infections. Unfortunately, fatigue is getting the best of me now. However, because we are no longer traveling and also not working, the hubs and I can now spend these next couple days relaxing.

After sleeping for the first half of the day, I made my way to the couch in time for the very end of the Bears game. Even though the rest of the afternoon was spent on the couch, I knew I had to do something fun to save the day. The hubs and I had been talking for sometime about rearranging our living room after we acquired a few much needed furniture pieces.

So, with minimal effort on my part, Christmas decor came down, an old rug was removed and all the furniture except our large couch found a new home. Much to our delight, our small living room now feels brand new and much bigger! 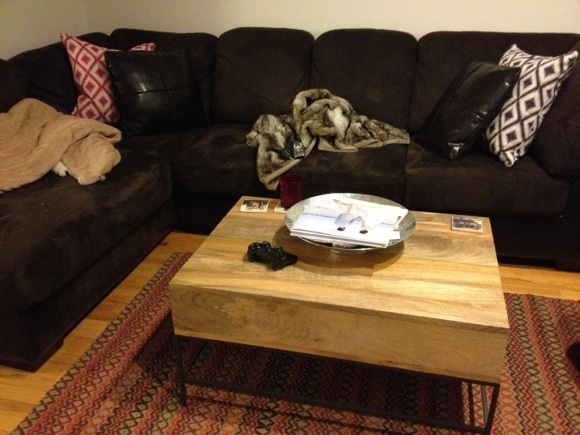 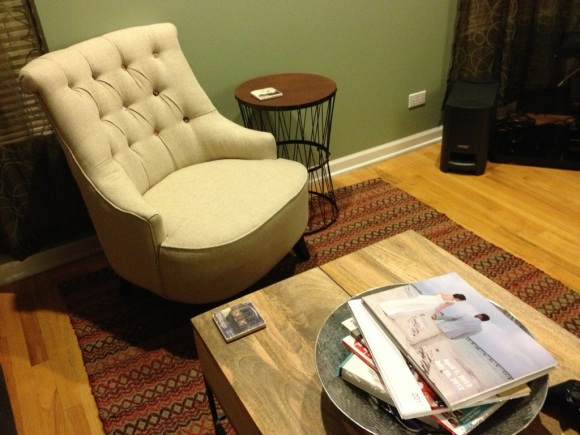 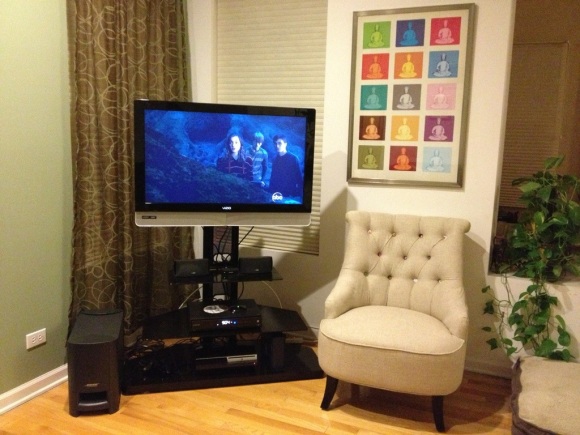 One thought on “Day 97: Rearranging Things”