Today the hubs and I watched our 9 year old nephew Nathan play tackle football! He is on the Steelers in a 10-12 league (he’ll be 10 in a little under two months) at the local park district. I have never seen children this young play tackle football and it was so fun. They have a major running game because they can’t really throw that well at this point–though the times they did pass the ball were super exciting. They line up and try to cover their man but eventually everyone kinds of runs after whoever has the ball. It was fun, competitive and, yes, adorable. And they won! 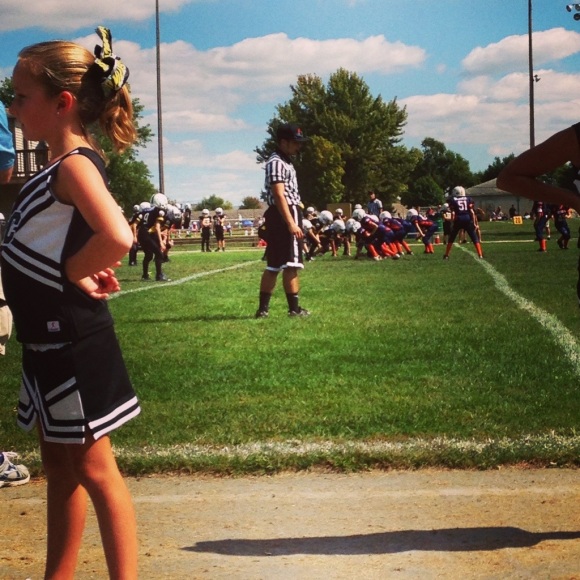 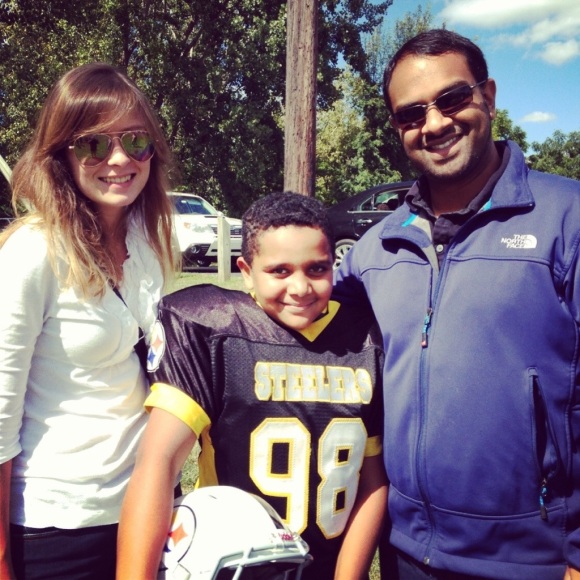