This comes from another suggested activity–take pictures with real film! Because my film camera currently resides at my parents’ house, I took it one step further and created the disposable camera challenge wherein I buy a disposable camera (the guy at the Walgreens photo counter didn’t even think they still sold them), take that disposable camera to work, and proceed to take a whole role of film in one day.

My coworkers and I had a lot of fun taking pictures with each other. I also asked them to each try a self portrait and I left the camera with them while I went on a break… Not being able to see the results set us free from the pressures of taking a perfect picture to be immediately posted to social media. Also, the sounds those cameras make, the loud click, the winding of the dial, took us back in time. It felt like middle school or summer camp or something as equally nostalgic.

Getting the film developed and pictures printed will surely be Part 2. I’m excited to see how they turned out! 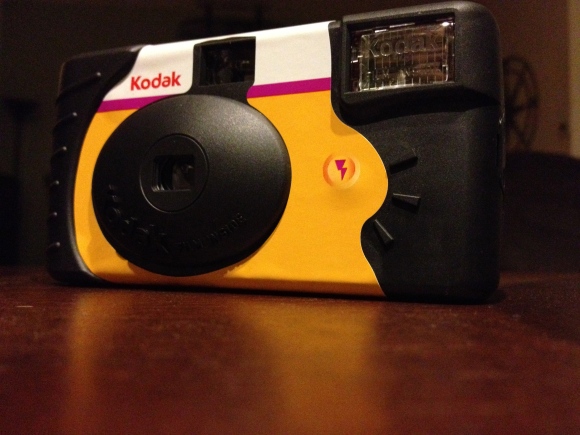