When a nine year old boy, who is your new nephew, opens up one of his Christmas gifts, specifically the one you bought him by researching on Google what to buy for nine year old boys, and says, “That’s my favorite game!” it is probably one of the best things ever. When you then play that game with said nine year old boy and all of the adults for two hours, it becomes a really fun Christmas memory.

Hedbanz is a new family favorite at my sister-in-law’s house. It’s like that card game where you stick a card to your head, except you don’t have to lick anything. Instead you wear a headband and the cards have pictures of different things on them. You have to ask yes or no questions to figure out what is on your card while being timed. The actual rules had something to do with coins (included in the game) but we ignored that and just kept going around in a circle until we almost finished the whole deck. It was goofy, surprisingly hard at times and really fun! 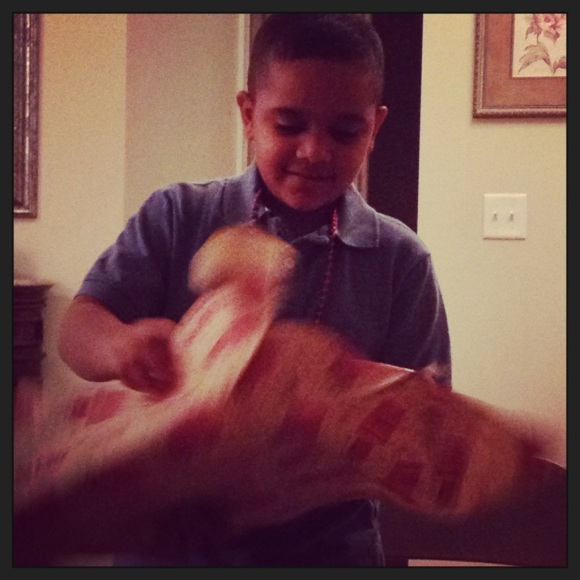 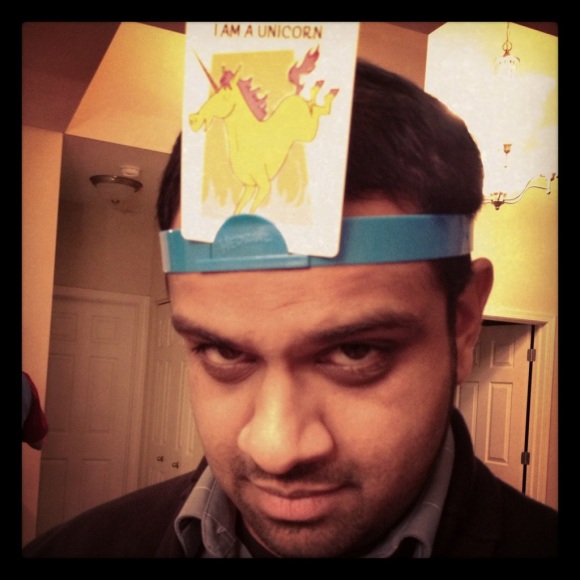